Tier II NPS investments by Govt. staff to get IT deductions under 80C 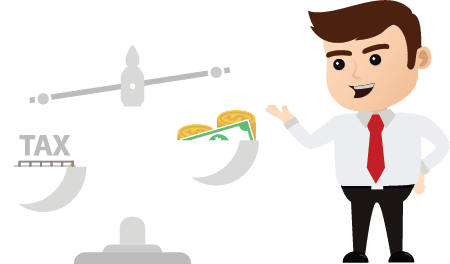 The Finance Ministry today announced that the contribution made by the central government employees under the Tier-II of the National Pension System (NPS) will now be eligible for deduction under section 80C of the Income Tax Act.

Earlier, this deduction was available only for investments in TIER-I account of NPS scheme. Post this announcement, the contribution made to Tier-II account will be eligible for Section 80C tax benefits at par with other pension-related government schemes such as General Provident Fund (GPF), Contributory Provident Fund (CPF), Employees Provident Fund (EPF) and Public Provident Fund (PPF).

However, this tax-benefit comes with catch. The benefit of tax-saving via Tier II of NPS comes with a lock-in period of three years. Earlier, there was no lock-in period in Tier-II account as there was no tax benefit for the contributions made. The advantage here is that the tax saving investments in Tier II can be withdrawn after the mandatory lock in of 3 years while those in Tier I can (as per current rules) only be withdrawn at retirement.

In addition to that, tax exemption limit for lump sum withdrawal on exit has been enhanced to 60%. With this, the entire withdrawal (of 60%) will now be exempt from income tax. At present, 40% of the total accumulated corpus which has to be compulsorily utilized for purchase of annuity is already tax exempted. Till now, out of 60% of the accumulated corpus withdrawn by the NPS subscriber at the time of retirement, 40% is tax exempt and balance 20% is taxable.
The tax benefits earlier were available only to the subscribers of Tier-I account under the overall limit of Rs 1.5 lakh. Additionally, one can claim deduction of Rs 50,000 if invested in NPS making total tax-savings of Rs 2 lakh in a financial year.