Railways retires 32 officers on grounds of inefficiency and doubtful integrity 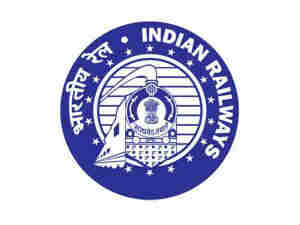 In a rare move, the railways have prematurely retired 32 of its officers above the age of 50 years in the public interest on grounds of inefficiency, doubtful integrity and conduct unbecoming of a railway servant as part of a periodic review, according to a statement.

The only time in recent history when the railways undertook such a move was in 2016-17 when four officers were prematurely retired.

Periodic review of those attaining a certain age is part of the service rules of government employees, but rarely are they prematurely retired, officials said.

Twenty-two among them were directors and above level officers, officials said. Periodic review of those attaining a certain age is part of the service rules of government employees, but rarely are they prematurely retired, according to officials.

“In Railway Board, the last exercise from Group A officers was undertaken in 2016-2017, when services of 1,824 officers were reviewed and out of the same, four officers were prematurely retired. It was also found that a number of officers due for review were not reviewed,” the railways said. The process is still underway in zonal railways for JAG and non-gazetted staff, it said.

On Thursday, in a reply to a query in the Rajya Sabha, Minister of State for Personnel, Jitendra Singh said over 220 corrupt government employees, including 96 senior officials, had been given premature retirement in the last five years. During the period from July 2014-October 2019, provisions of Fundamental Rules or FR 56(j) have been invoked against a total number of 96 Group ‘A’ officers and 126 Group ‘B’ officers of different ministries and departments, Singh had said in a written reply.

The FR 56(j) gives an absolute right to the government to retire government officials prematurely on the ground of lack of integrity and ineffectiveness, in public interest. “The provisions under FR 56(j) also to ensure improving efficiency in government,” he said.