Countrywide survey to be carried out for sub-categorisation of OBCs 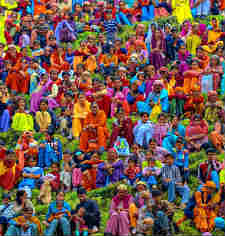 A commission examining the sub-categorisation of the Central list of Other Backward Classes (OBCs) has decided to get a countrywide survey conducted by an agency to have an estimate of the caste-wise population figures and has sought funds from the Centre for the same.

Justice G Rohini (retd), who is heading the five-member panel, set up to suggest parameters for an equitable distribution of OBC reservation, has written to Union Social Justice and Empowerment Minister Thaawarchand Gehlot in this regard.

The Union Cabinet on November 22 had approved the extension of the commission's term till May 31, 2019, the fourth one since its formation in October 2017.

According to Justice Rohini (retd), the Central list of OBCs comprises more than 2,600 castes, many of which are small in number and occupy distinct place geographically, which is why it is necessary to have a large sample covering every sub-district of all states and UTs.

"For the purpose of sub-categorisation of the central list of OBCs, our commission needs to have some estimate of the caste-wise population figures. "Since, there is no available official caste-wise population data post-Independence, the Commission has decided to get an all-India survey conducted by a competent survey agency to be engaged following the General Financial Rules of the Government of India," she said in her letter to the minister.

Justice Rohini (retd) said the survey, apart from determining the relative population of different castes and communities included in the Central list of OBCs, shall also provide information about education level and status of employment in OBC households.

"Tentatively, we have determined that for such a survey to provide statistically sound information, we would need a sample of size of more than 10 lakh households," the letter said.

Seeking funds for the survey, Justice Rohini (retd) said the tentative budget required for the survey is around "Rs 200 crore plus taxes".

She said such a survey usually costs about Rs 200 per household inclusive of all components and this figure is consistent with the costs incurred in the socio-economic caste census of 2011.

"I suggest that the ministry may make an appropriate budget provisions for this purpose," the chairperson of the commission said.

The panel has held extensive meetings with all stakeholders, including state governments, state backward classes commissions, community associations and general public, since its formation.

"Based on the emanating information from the data as processed and analysed, the commission has expressed that a round of discussion with the states and their backward classes commission was required before finalising the sub-categorised lists and the report," an official statement had said.

The commission was formed with the approval of President Ram Nath Kovind in October last year and was mandated to examine the extent of inequitable distribution of benefits of reservation among the castes or communities in the central list of OBCs.

It was also tasked with working out a mechanism, criteria, norms and parameters for sub-categorisation within such OBCs and taking up the exercise of identifying castes, sub-castes and communities and classifying them into respective sub-categories. The panel was initially stipulated to submit its report within 10 weeks of the chairperson assuming charge.