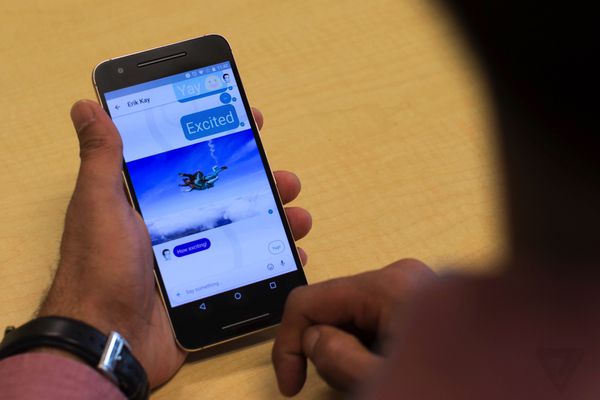 Google on Wednesday launched a new instant messaging (WhatsApp-like) platform named Allo that comes with Google Assistant integrated which can simplify small tasks for users and provide convenience while chatting or sharing files with a contact.
Google describes Allo as a messaging up for Android and iPhone users. But it does a lot more than just allow you to send messages to other people. It’s a smart messaging app in that it has the power of Google built-in and can apparently learn over time. Although the interface is similar to any chat application, the integration of the artificial intelligence takes Allo’s productivity and ease of use to a new level.
Allo, just like whatsapp is based on your phone number, so you can use it to send text messages to anyone in your phonebook. You could send stickers, which Google said were sourced from artists around the world. You could also send emoji. But one of the hottest features is something called Whisper or shout. This will let you slide up or down on the send button to change the size of your reply, meaning there’s no need to write in caps all the time when you’re angry. Allo also took the Smart Reply feature from Google’s Inbox app, so now you can quickly respond while on the go. If someone asks if you want to grab dinner, Allo might serve up responses like “I’m in” or “I’m busy”.
Allo also uses machine-learning and natural language processing in order to suggest replies on the fly, meaning it can anticipate what you want to say next and how you might say it. The more you use Allo, the better your suggestions become. And they will always be unique to you. However, because messaging isn’t just about texts, replies also contain stickers and emoji.
You’ll even see smart reply options when someone send you a photo. Allo can understand the content and context of photos, thanks to Google’s computer vision capabilities. If someone sends you a photo of pasta, you will see smart replies that include mentions of pasta, yummy, or whatever. The idea here is that assistive technology can help you communicate with little to no effort.
You can call on Google Assistant at any time just by typing “@google” in Allo. You can chat directly with it and ask anything your heart desires, including “funny cat pics”, to which Google Assistant will respond with a lineup of cat pics pulled from Google Image Search.
All messages in Allo are encrypted. Also, Allo offers an Incognito Mode, just like Chrome browser does, meaning you get access to not only end-to-end encrypted messages but features like expiring chats and private notifications.
Allo also works with Google Duo, video calling app from Google.