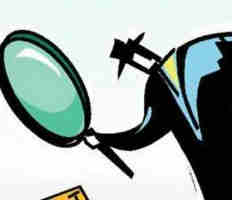 No. 39011/08/2016-Estt(B)
Government of India
Ministry of Personnel, Public Grievances and Pensions
Department of Personnel & Training

The undersigned is directed to refer to this Department’s OM No. 39011/12/2009-Estt(B) dated 10.05.2010 on the subject mentioned above vide which a Proforma/Checklist was forwarded to all Ministries/Departments for referring disciplinary cases to Union Public Service Commission (UPSC) in terms of Article 320(3) (c) of the Constitution of India read with Regulation 5 of the UPSC (Exemption from Consultation) Regulations, 1958 (as amended from time to time)

2. The Proforma / Checklist has been revised in consultation with UPSC so as to ensure that there are no shortcomings while sending the requisite information/ documents to the Commission. It is also expected that the complete reference is received in the Commission at least three months prior to the retirement of the charged officer in case of minor penalty proceedings and at least six months prior to retirement in case of major penalty proceedings in order to get advice of the Commission and the implementation thereof. Wherever the time is less than three months/ six months from the retirement of the Government servant, cogent reasons justifying late submission of case to UPSC are also required to be indicated.

3. The modified Proforma/Checklist for forwarding disciplinary cases to the UPSC is enclosed for guidance! compliance by all concerned